Introducing the Toyota 86. Designed with pure driving enjoyment in mind. Featuring a boxer engine in a front engine, rear-wheel drive configuration for sporty handling, complemented by a driver-focused interior. Equally at home on the track as on the streets, 86 is the sports car you've always wanted, for less than you ever expected.

The first car to make the jump from Scion to Toyota is the FR-S, which will be re-christened 86 for the 2017 model year.

The new name is accompanied by a minor face lift. The 86 receives new-look headlights with integrated LED daytime running lights, and a redesigned front bumper with a wider air dam that emphasizes the coupe's width. Out back, the updates are limited to refreshed LED tail lamps and a subtly re-shaped bumper. The cabin receives soft-touch material on the dashboard and on the door panels, and silver contrast stitching on the seats.

Enthusiasts hoping to find a massive turbo or a state-of-the-art hybrid system under the hood will be disappointed. The 86 carries on with a 2.0-liter flat-four engine, though Toyota has bumped its output up to 205 horsepower and 156 pound-feet of torque, increases of merely five horsepower and five pound-feet of torque over the outgoing model. The Japanese car maker promises that new gear ratios help boost performance, but acceleration figures haven't been published yet.

Rear-wheel drive and an enthusiast-approved six-speed manual transmission come standard, and a six-speed automatic unit with shift paddles is offered at an extra cost. Finally, Toyota has tweaked the suspension to further improve handling, one of the FR-S's biggest strong points. 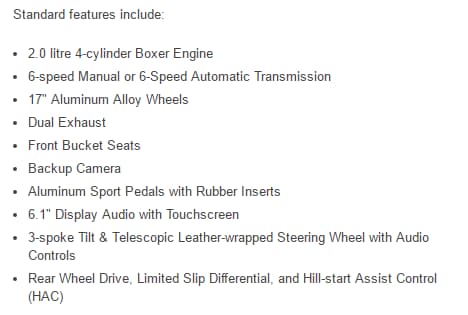 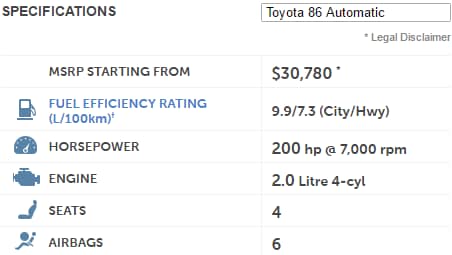 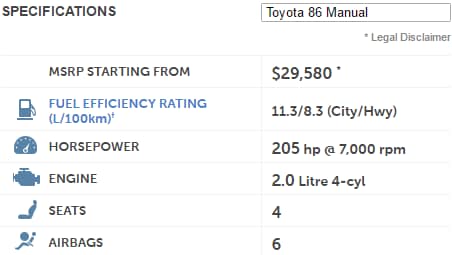